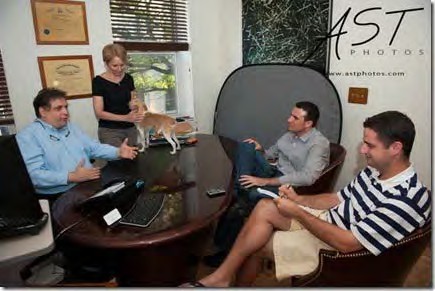 The Marciano Family has been in Hoboken for what seems like forever. When we asked people in the mile square city of Hoboken about the Marciano’s they replied quickly, “what a great family, they are all caring people and want to take care of people in Hoboken and the surrounding Areas”. If you take a stroll in that area you can find an office on the corner of Newark and Hudson that has a small sign outside that says Marciano Law.

For over 20 years, the Law Office of Frank Marciano has represented clients throughout Hoboken and the surrounding area. With the location of the office so close to the PATH Station Marciano Law finds themselves working with New York City Clients as much as Hoboken clients. Marciano Law can help you buy or sell real estate, work through a divorce, fight a traffic ticket, incorporate a business and much more.

The Boken Online had the pleasure of chatting with Mr. Marciano to see what he has to offer to Hoboken and share some of his favorite places and stories about Hoboken, New Jersey.

The Boken: Why do you enjoy Hoboken so much and call it a special place?

Marciano: I Love Hoboken. Hoboken is a special place for all the residents in town. When people move to Hoboken they consider it their home and will always consider it home. People young and old live in Hoboken and we all love it. The convenience of having shops, quality restaurants and New York City at your door steps are a couple reasons why Hoboken is the best place to live.

The Boken: Please tell us about the history of Mariano Law and about your family? Marciano:

My father Samuel L. Marciano became an attorney in 1953. He married E. Gioia Cipriano, the only woman in his law school class, and they both moved to West Orange, NJ where my two sisters Gioia and Lucie and I grew up. My sisters and I all became lawyers. Gioia went on to marry Attorney Andrew Topazio, and the two of them run a law practice in Elizabeth, New Jersey. Lucie runs her own practice at the Hudson Legal Center in Downtown Hoboken. I joined my father’s law firm, Florio, Dunn and Marciano in 1983 after graduating law school. I then started my own law practice at 54 Newark Street. I later moved to my current location at 86 Hudson Street. In 1998 I married my beautiful wife Judy and moved to Harmon Cove in Secaucus, New Jersey with his stepson Alex and our dog Roxy. In 2002, Judy spent 2 years with Susan Dell, Michael Dell’s wife in establishing a fashion company for Susan Dell. Judy decided to become a realtor in Hoboken and learned all about the real estate market in this area. She is currently employed at Empire Reality and loving every moment of it.

The Boken: We know you have been on a couple television shows giving people law advice. Do see yourself doing more television work in the future?

Marciano: Yes, I am actually starting a new segment called “Two Minute Attorney.” We are very excited to start this new venture at Marciano Law. My first two minute video will be about 30 day notice for renters and the true definition.

The Boken: “The Boken’s 2 minute wrap up”! Mr. Marciano, talk about Hoboken for two minutes, we just want to hear what you have to say!

Marciano: Hoboken is awesome. Great people come and go but they always seem to come back and visit. The young people in Hoboken are great.

The Boken Online really appreciates all that Frank Marciano all he does for Hoboken. If you want to talk to Frank he will be happy to sit down and chat. His office can be contacted at 201.656.1000 and he can be reached via email at info@hobokenattorney.com

In 1993, Frankhe ran for mayor of Hoboken, and received over 2,200 votes, but that was not enough to win. Considering the often nasty nature of politics, he’s happy to be practicing law instead of dealing with all the competing issues that a Mayor is faced with everyday.

The current MarcianoLaw website, along with the file portal area is one of the most informative and innovative web sites in the Hudson County area and has been a major investment of time and money with the goal of making his clients more informed and his office more proactive. In addition to the website, Frank has begun posting the “Hoboken Law Blog” which provides current information on legal issues affecting the Hoboken – Hudson County community.